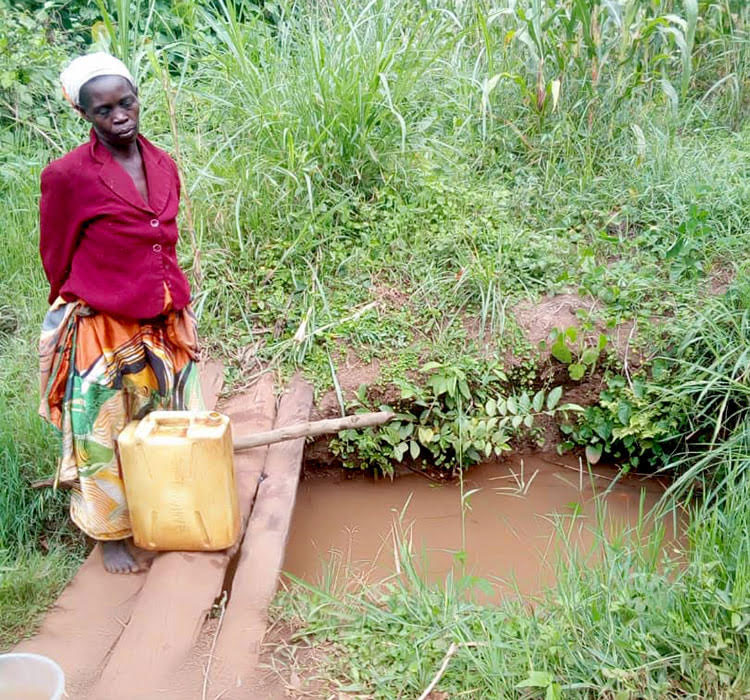 For those unable to pay the $5.50 monthly fee to collect water from the village’s borehole, they had to travel to this filthy hand-dug well

Water is like gold for the villagers who live in rural Kivera, Uganda, because it can become very scarce in the dry season. So scarce, in fact, that violence often broke out at the village’s single borehole when it would run dry each year.

Villagers frequently accused others of taking more than their fair share. This escalated to the point that the village elders were forced to come up with a desperate solution: charge a monthly fee (the equivalent of $5.50) for using that borehole. This left the majority of the village’s 1,800 residents—too poor to afford the fee—without water. Their only solution was to dig their own wells by hand.

Not surprisingly, disease and sickness soon swept through the village. The shallow, stagnant water they were forced to drink became a breeding ground for typhoid, cholera, dysentery and a plethora of parasites. School attendance plummeted.

Desperation turned from bad to worse. They couldn’t live without water, but their water was killing them.

But you are changing that. As you read this, tears of sorrow are turning into tears of rejoicing. Your investment into the Compassion Club is providing them with a new well! No longer will sickness and death run rampant. No longer will children have to miss school to collect water. Clean, safe water changes everything.

Thank you so much for investing in the Compassion Club!

Whatever It Takes
A Farmer Gets a Farm—Finally