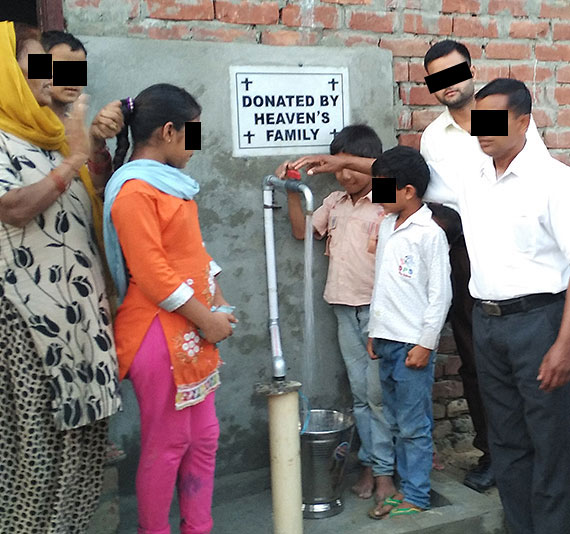 How can a well stop the persecution of Christians?

Can a well convert an entire village to Christianity? That’s what the Hindu chief of a poor village in northern India feared.

In an undisclosed village in India, Christians number less than 1% of the population. Despite suffering intense persecution at the hands of militant Hindus, our local ministry partners continually trust in the Lord and remain strongly committed to furthering the gospel.

Of the many needs that plague these villagers, access to safe drinking water is one of the greatest. Thanks to gifts to the Safe Water Ministry, we are helping to meet this urgent need. By supplying self-sustaining, clean water to impoverished villages, we are able to simultaneously share the gospel with the persecuted—and their persecutors, alike, as a witness to them.

When the Hindu chief heard that the Christians were going to install a new well, however, he rallied opposition. Our team suggested he do a little research into wells installed by the Safe Water Ministry in other villages, then waited patiently as he learned of the tremendous benefit to the villagers who previously had no safe drinking water. Miraculously, he then reversed his decision and gave his personal blessing to drill the well! He also heard the gospel that day and, as a result, a new friendship is blossoming between that once hard-hearted Hindu chief and the previously persecuted Christians of his village.

The Christians in this village are so excited, not only for the new well, but that the village chief was present at its inauguration! It was the first time these poor Jesus followers have witnessed the leader of the village stand with them. Our partners emphatically convey, “We would like to thank you for this big change. Once again it is proved here in North India that the bore wells are good platforms for the ministry. Thank you for this well. We truly believe many souls will be added to the body of Christ from this village through this well.” 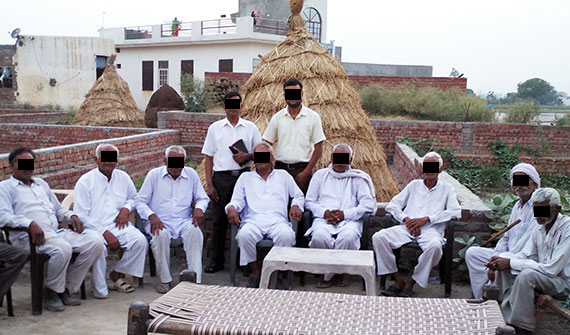 For the very first time, Christian and Hindu leaders meet together in this village

Thank you so much for your gifts to the Safe Water Ministry! Any size gift is appreciated, as you are helping to save lives and save souls!