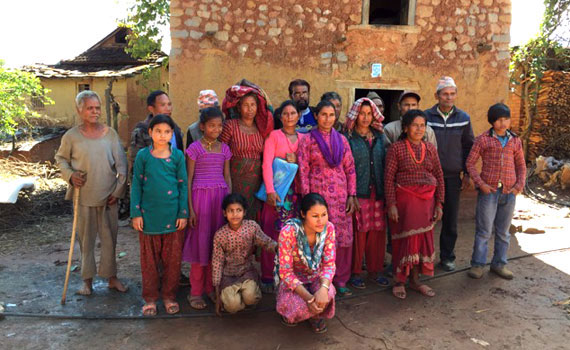 A village of leprosy-affected families near Kathmandu, Nepal, before the earthquake

As our team slowly ascended the dirt paths winding up the hillsides above Dhulikhel, Nepal, last March, we had no idea this scene of pastoral tranquility would be ruptured by a 7.9-magnitude earthquake the very next month.

We had come to visit leprosy-affected families who were beginning to see the fruit of a 5-year project to achieve sustainability through the raising of crops and livestock. The Leprosy Mission, a Heaven’s Family partner, had provided grants and micro-loans as seed money, and now the group was able to boast about their success.

Though still living in simplicity, there were nevertheless signs of modest prosperity cropping up: a new house for a multi-generational family had been built, cows and goats looked fat and sleek, and the children and adults all looked healthy (despite the missing fingers and ulcerated feet of those who had not received leprosy-arresting medical treatment in time). The social worker who accompanied us was very encouraged that this group was on the path to a better life.

That is, until the earthquake struck on April 25th. Our hearts sank watching the news, and we feared the worst for our new Nepali friends.

Updates from the Leprosy Mission base at Anandaban Hospital, 12 miles south of Kathmandu, began to trickle in the next day. None of the patients had been seriously injured, thankfully, but were moved outside under tarps in case aftershocks toppled more buildings. Teams were already being organized to send doctors and nurses to scour the remote districts looking for the injured. Hundreds were making their way to the hospital for treatment. 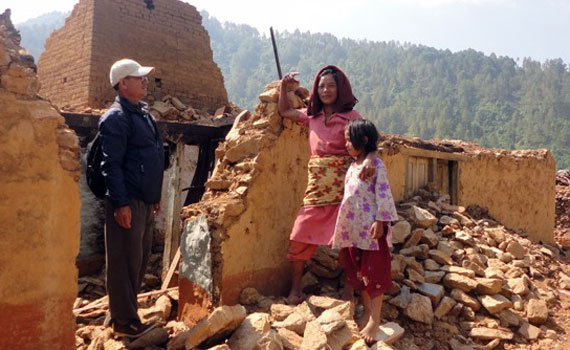 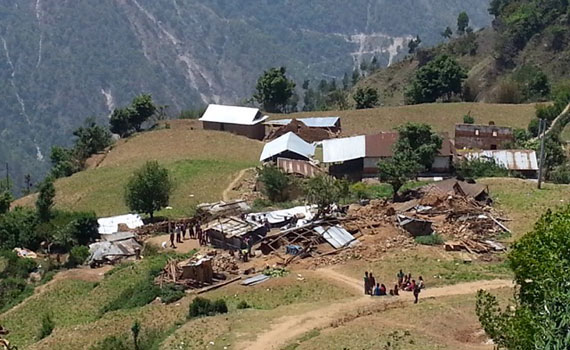 At left, the injured being brought for treatment to Anandaban Hospital south of Kathmandu; at right, a makeshift clinic outside the hospital

The Leprosy Mission has determined that there is a major need to rebuild homes for leprosy-affected families scattered throughout 16 districts in Nepal. Winter is approaching fast in the Himalayan Mountains, so they cannot remain in tents or under tarps. And we want to help them dust off their dreams of self-sufficiency and get back on track.

The initial plan is to rebuild 100 of the most seriously damaged homes. Heaven’s Family is partnering with Leprosy Mission to begin this work through the Leprosy Ministry Fund and the Disaster Relief Fund. If you would like to join this effort, please click here.

God bless you for your heart for His “least of these” at this critical time.